How We Got Here

The Total Row Story began in 2016 when husband and wife duo, Elliott and Lauren Smith, began searching for a better way to workout.

Elliott and Lauren had always been committed to fitness. Whether through running, lifting weights at the gym, skiing, swimming, or pretty much anything else exercise-related, health and fitness have been there. However, there was another aspect that was also always there – injury.

As the couple worked out traditionally, injuries piled up – whether a back injury from lifting too heavy, knee injuries from running too much, or hip pain through skiing, fitness goals were continuously being put on hold.

There was also the inconvenience of big box gyms, and staleness of doing the same workout each day. Many times, a workout became a chore rather than something to look forward to.

Both owners worked full time jobs in unrelated industries (and still do today). Elliott works for an investment bank; Lauren is a lawyer. However, the entrepreneurial itch was there and that led them to begin searching for work that (1) they could do together, (2) would positively impact the community they loved, and (3) would change people’s lives.

The couple also wanted to build something together. By doing so, they could keep their family together and pulling in the same direction.

The “Aha!” moment came more as a slow burn, rather than a fast explosion.

The idea for Total Row originally surfaced after another fitness-related injury relegated Elliott to the semi-broken rowers in the back corner of a capacity-filled gym. While recovering from injury, Elliott realized the tremendous benefit of this once over looked piece of equipment.  He started putting together circuit workouts with the rower as the central focus.  He got Lauren into doing them too, and together they realized what an incredible, full body workout they could get with a rowing based workout.  And what was more, they were able to do the workouts together, though both at different levels.  While they would like to claim the idea came instantly as a sign from above, the creation of a high-quality, community-focused rowing gym, came about over many weeks and months of discussions. But once the idea started, there was no stopping them!

After about a year of planning, saving, and praying, Elliott and Lauren had a lease on a rundown, former hair salon in Buckhead and 13 rowers in “storage” (their 700 square foot condo). Total Row officially opened its doors in December 2016. Today, Total Row is one of the largest rowing-centric gyms in the Southeast, and the only in Atlanta! More importantly, Total Row has built a studio that welcomes anyone, regardless of age, experience, or ability, with members ranging from their teens to their 70s!.

Elliott and Lauren, with the help of their amazing TR crew, will continue to improve and expand Total Row. However, they remain committed that their gym won’t be the overpriced, overcrowded, and overhyped mess that’s become so prevalent.  Elliott and Lauren are most proud that TR’s crew is the most welcoming, and inclusive place in town.  When a new person comes into class, they are often welcomed by an existing member, handed a sweat towel and can expect to have the whole crew cheering on their every accomplishment and goal achieved.  Come try a free week and see for yourself! 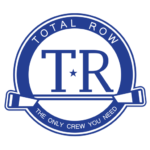